Bhutan is the world’s happiest country and also the only nation that the government measure the happiness of people and uses this data as an indicator of the national economy. There are manifold means of transportation for people around the world to go on a Bhutan tour, however, the most convenient one is definitely airplane. Spending much time traveling by car or train was no longer transports of people’s choice, in this day and age. Instead, tourist can choose air travel to save time and energy for the upcoming journey.
The fact with 4 airlines in total, Bhutan have been able to meet the tourists’ demand for having a Bhutan tour so far. Here they are:

Situated in Paro, a valley town in Bhutan not far away from the city, The Paro Airport was started constructing in 1968 having one runway and one terminal, have been the only international airport among the four airports in Bhutan. This Airport itself annually has manifold offers and is a well-known tourist destination; therefore, if you are planning yourself a trip to places like Tsirang, Chirang, Daga, and so on, you have to book a flying ticket as soon as possible after checking some Bhutan tours.
Distance: 6 km from Paro 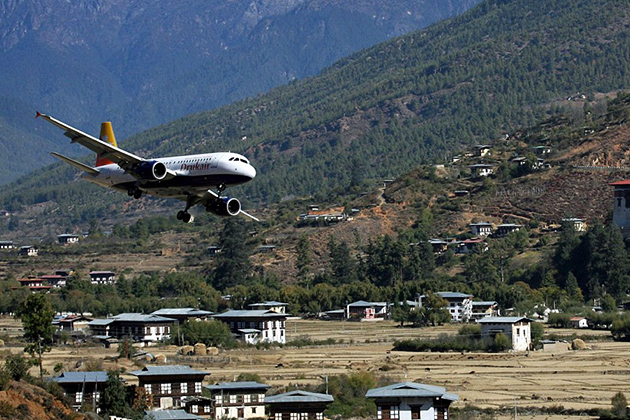 Located in Samtenling, Gewog, near a town named Gelephu within the Sarpang district in Bhutan, the very first aim of this Bhutan airline, when it was constructed in 2008, was to be an international airport. However, with the fact of lacking in finance and some logistical reasons, it ran on and off and finally started operation on a regular basis in 2017. There is only one airline flies to and from Paro to Jakar, Druk Air, operating with the airport. Gelephu Airport can be your best boarding/landing point if you want to travel to those cities or their own neighboring towns.
Distance: 3 km from Gelephu 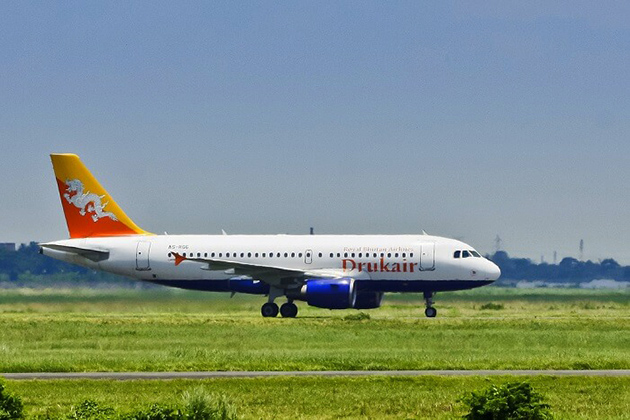 Situated in Jakar and was constructed in 2011, the Bhutan Airline, Bathpalathang, is the latest airport with the flights only to Paro at the very first beginning, til being suspended in 2012, but was allowed to reopen recently. The Bhutan Airlines flying to and from Thimphu/ Paro and the Druk Air flying to Paro and Gelephu, are the two majoring airlines operating with The Bathpalathang Airport.
Distance: 5 km from Jakar 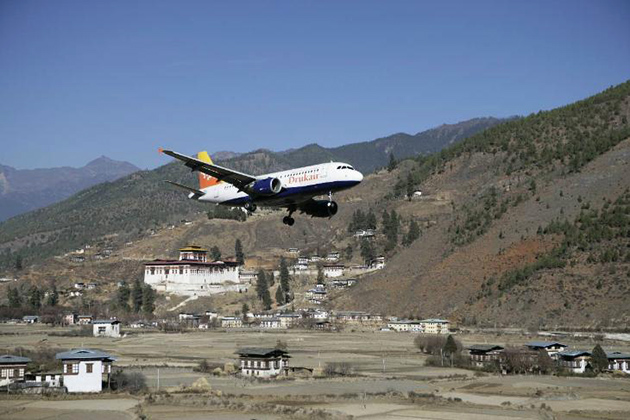 One of the domestic airports of Bhutan, Youngphulla Airport was first constructed in 2010 and located close to the town of Trashigang in Trashigang district. In fact, this airport was constructed by Indian army in the 1960s with only one airstrip and mostly unused not until 2010s when it was decided to reopen. With the aim of being an international airport, the Yongphulla Airport is now more and more developing with two main airlines, Druk Air and Bhutanese Airlines fly to Paro and Jakar, operating at the same time.
Distance: 20 km from Trashigang 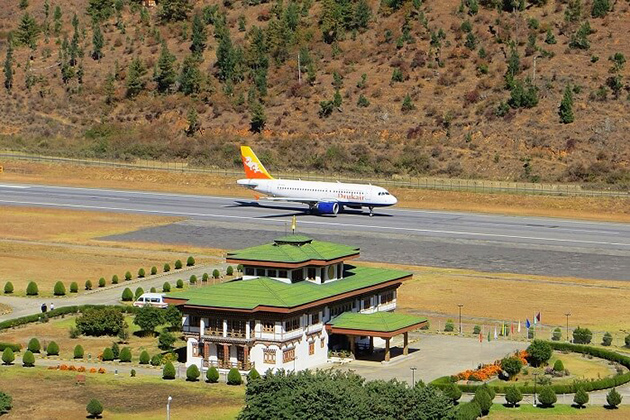