Punakha, a Bhutan vibrant districts, is situated at the intersection of the two main rivers of the nation, Pho Chhu (father) and Mo Chhu (mother) rivers. Just 70km away from Thimphu capital, Punakha is surrounded by hills all around; thus, the city has its own unique climate which is warm in winter and turn to hot in the summer. Once visiting Punakha, you will be attracted by its stunning view of the entire paddy fields as well as the glory landscapes, ancient architecture reflecting the traditional culture of the country. If it is your first time having Bhutan tours in Punakha, there is a list of the 10 well-worth destinations that you cannot miss during your stay in this green city.

It is absolutely a big mistake if you miss Punakha Dzong, one of the famous massive architectures in the world, during your stay in Punakha. Located between the two main rivers of Bhutan, Pho Chhu and Mo Chhu, the fortress offers a stunning view that can be nowhere else seen. Owning the mysterious and gorgeous beauty, the Punakha Dzong, in the past, was devastated by natural disasters. Tourists can indulge themselves in a romantic ambiance where the Pho Chuu and Mo Chuu rivers winding around, looked like embracing the uncanny fortress along with the vibrantly natural scenery fascinating people. The Punakha Dzong is also the place that you can visit to know more about historical culture in Bhutan.

Located onto a hill, Sangchhen Dorji Lhuendrup Nunnery has its own peaceful and tranquil ambiance offering a spectacular view of the two valleys, Punakha and Wangduephodrang valleys. Surrounded by the lush of pine trees, the structure of this nunnery is an exquisite demonstration of the unique architecture and tradition of Bhutan.
The temple, surrounded by the gorgeous design with the white walls, completed by the lively carved wood intricated painted, is a home to a 14-feet bronze statue of Avalokiteshvara (Chenrezig chagtong chentong), a bodhisattva embodying the compassion of all Buddha as well as other Buddhist statue such as Guru Rinpoche and Zhabdrung Ngawang Namgyal. 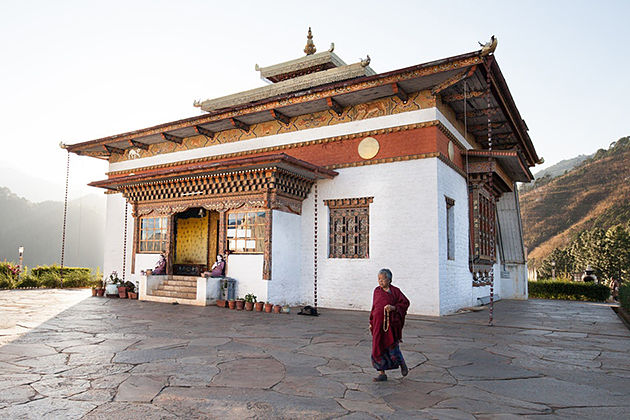 A beautiful monastery built back in the 14th century by Drukpa King Ngawang Choegyel, the Chimi Lhakhang is an attractive place for those who want to discover the spiritual culture of Bhutanese people. The temple itself is one of the most revered destinations, known as the temple of fertility in English where honors Lama Drukpa Kuenley, a legendary saint in Bhutan with an eccentric appearance, well-known as the Divine Madman. The Chimi Lhakhang Temple welcomes people across the country all year round, especially barren couples coming to pray for children. Those visiting the temple are sanctified with the wooden phallus, imitation of the saint’s iron bow and arrows and his scriptures. 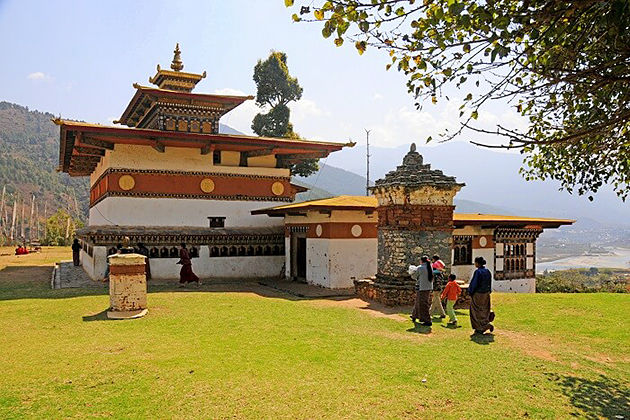 This Buddhist temple is a typical example of richly Bhutanese traditions and architectures. This temple is completed in 2004 by Her Majesty the Queen Mother to ward off the evil spirits then promote peacefulness and harmonization for all the living things. The structure of the Khamsung Yulley Namgyal Chorten was constructed based on the principals defined in the Holy Scriptures. After hiking via the green rice fields, then up to the small hill, filled with prayer wheels, you then reach to the temple and might be impressed by Vajrakilaya statue, the angered God in Buddhism when you take a very first step into the temple. 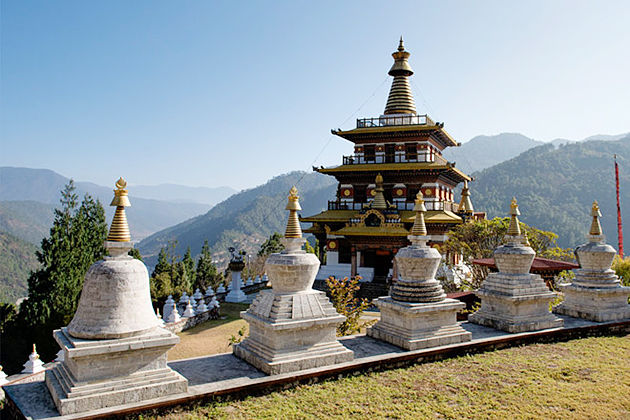 Once you come to this place, there will be a sacred temple wild-opening for you. On the ground level of Zangdo Perli Temple, you will see the statues of Guru with his eight Manifestations, as well as several paintings that were taken from the life of Buddha. Climb up to the second floor of the temple, it will be your chance to admire statues of Avalokiteshvara, eight Bodhisattvas, and Shubdrung Nawang Namgyal. On the top of Zangdo Perli Temple, finally, you will see the main statue of the Buddha Amitabha. 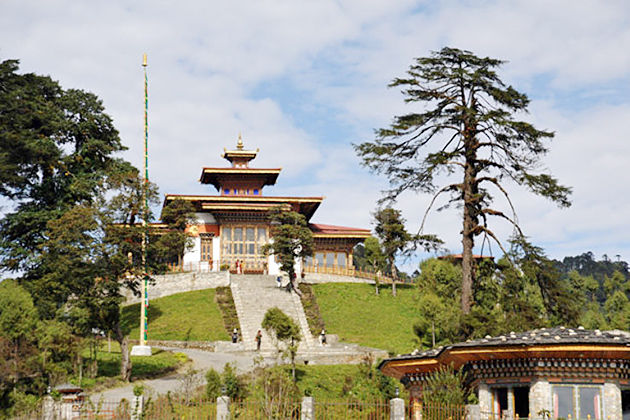 The second largest Bhutan national Park, Jigme Dorji, named after the late Jigme Dorji Wangchuck is a home to manifold endangered species, maintaining its own biodiversity. Also, it is the dwelling of the locals, about 6500 one are living within the Jigme Dorji National Park. For one who is a birdwatcher, the Jigme Dorji is the well-worth destination to be included into many Bhutan birding tours due to the friendly environment with vast rare birds living in here. During your time in the park, you might see endangered Himalayan Black bear, snow leopard, and Bengal Tiger. 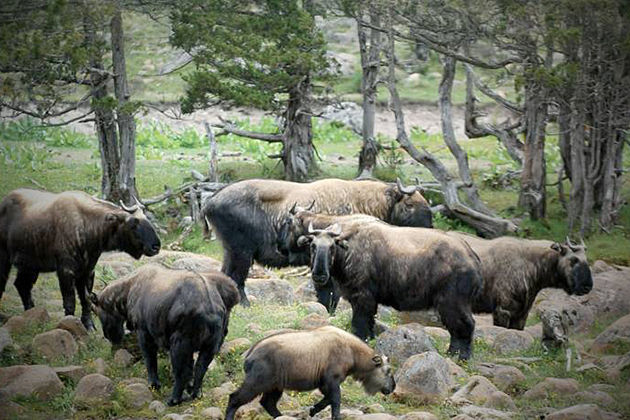 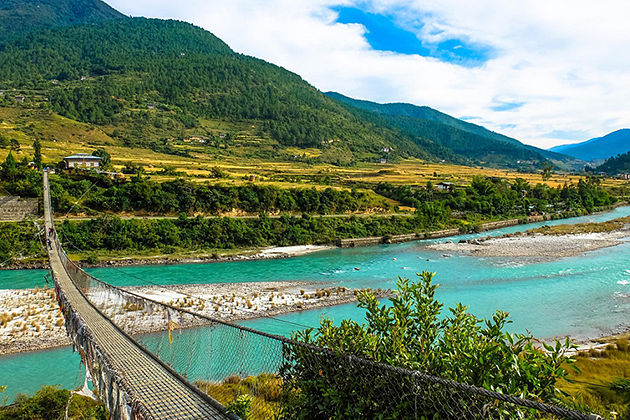 Located inside Jigme Dorji National Park, Koma Tsachu is an hour away from the Punakha main town offering travelers a new way of bathing together while immersing the breathtaking mountains of Punakha. It is said that hot springs are good for people’s health, especially for skin, so be ready to indulge yourself in natural healing therapy with the hot water springs of Koma Tsachu. 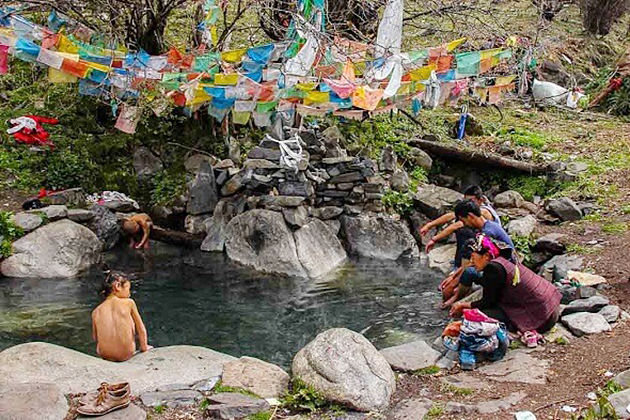 This very peaceful village is a perfect destination for one who loves the tranquility. Located in the heart of Punakha valley, only a half hour drive away from the Punakha city center, the Limbukha Village offers tourists the sense of culminating peacefulness with the paddy fields which is green all year round along with the river gently winding as entirely embracing the village. If you are finding the reason why you should visit Punakha, then the Limbukha village will be your answer.

Surrounded by superb mountain and broad-leaved forests, Torsa is one of the tourist attractions of the locals and foreigners’ choices for its natural beauty as it has not been under any damaged by human beings, making it a favored trekking route in Bhutan. Bordered between Sikkim and China, the nature reserve is the home to manifold endangered species including flora and fauna like chestnut-breasted partridge, wood snipe and the endangered Rufous-necked hornbill. 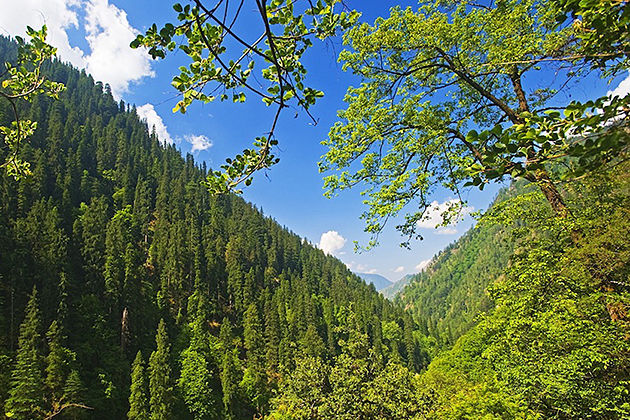