The official currency in Bhutan is Ngultrum Bhutan or in the shorter way, NU. At this sate, there is only one version of Bhutan currency is in use: Cotton note (Nu 1, Nu 10, Nu 20, Nu 50, Nu 100, Nu 500, and Nu 1000). To prepare your money for your Bhutan tours here is some information about Bhutan’s official currency and exchange rate. 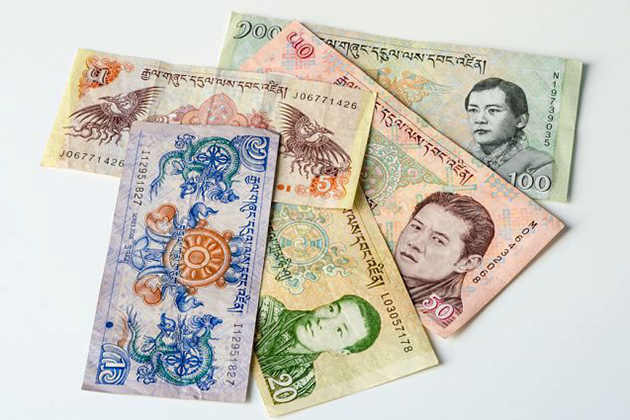 Up to February 2020, the exchange rate between Ngultrum Bhutan to US Dollar is 1 US$ = Nu 71.28. Please see the Bhutan currency exchange rate chart for further information.

Bhutan and India have a close partnership; thus, the Indian currency (Rupee), is readily accepted in Bhutan with the exchange rate is INR is 1 Rupee = 1 Ngultrum
However, the higher value-notes like INR 500 – 1000 – 2000 are not accepted. It is advisable to use the Bhutan official currency for higher-value transactions.

Scan Exchange Rates of NgulTrum Bhutan to Other Currencies

How to Recognize Ngultrum Bhutan

To recognize the official currency of Bhutan, please look at the picture below 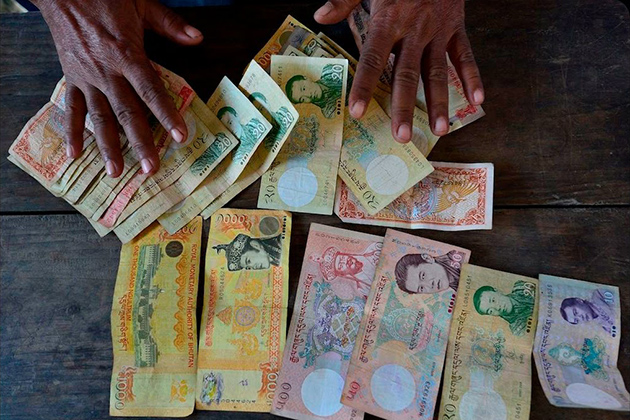 Once arrive at Bhutan, you can exchange traveler’s cheques or cash at the foreign exchange currency desk at Paro International Airport, Bank of Bhutan, and Bhutan National Bank. You should do your banking in Paro or Thimphu because when you travel into the interior, ATMs and banking facilities can be nowhere seen. US Dollar, Australia Dollar, British Pound, Euro, Japanese Yen, Singaporean Dollar, Canadian Dollar, Danish Krone, Hong Kong Dollar are available to be exchanged to Ngultrum Bhutan.

Credit cards are accepted, but only in a very few handicraft stores and some of the large hotels in Thimphu. What’s more, in each deal, you will often be charged a surcharge of up to 5%, so you would rather carry cash than use your credit card.

Do not rely on ATMs. Limited ATMs facilities are available in big towns like Paro and Thimphu, but there are regular problems in relation to withdrawing money through these ATMs. Transactions are limited to Nu 10.000 or 15.000. 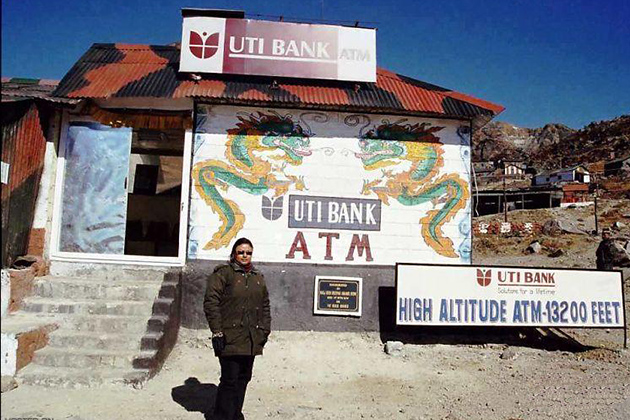 Travelers Cheques are acceptable in Bhutan at most famous hotels, banks, and Forex Counters at the Paro International Airport. It is better to carry well-known Travelers Cheques such as American Express.

Other Tips for Bhutan Currency