Bhutan received its first consignment of 150,000 doses of Covishield vaccine from India on 20th January this year.

Mass Vaccination will be carried out within a week to ensure the same level of immune protection for all. The second dose of the vaccine will be directed four weeks after the first dose.

Apart from 18-year-olds and below, pregnant and breastfeeding mothers, the rest can register for the Covid-19 vaccine. The estimated population eligible to get vaccinated is around 533,000. 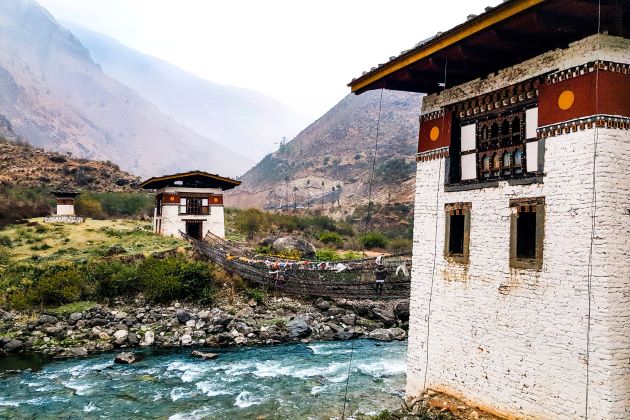 Updates: Thousands of Bhutanese traveled to schools and public buildings for vaccination at the end of March as the Himalayan kingdom launched its biggest inoculation drive against COVID-19 with the AstraZeneca shots provided by its neighboring nation, India.

Buddist years in Bhutan are named after 12 animals like goat, rooster, and pig, and religious followers believe that people born in the year of the Monkey are inventive and can solve even the most difficult problems rather easily.

Bhutan has been able to slow the spread of the virus with early screening and monitoring at entry points, testing, and sealing of borders. Total infections stand at 870 with one death from COVID-19 since the pandemic began, according to government data.

In the week-long campaign the majority-Buddhist nation, tucked between China and India, hopes to inoculate more than half a million people who have registered for being vaccinated.

A country of about 800,000 people Bhutan received 150,000 doses of the vaccine manufactured by the Serum Institute of India in January. But unlike neighboring Nepal which has suspended the campaign due to the lack of vaccines, authorities in Bhutan waited for 400,000 more shots that were provided this month to begin the campaign in one go.

The scenic country, which is heavily dependent on high-end tourists, is famous for its “gross national happiness” index as an alternative to gross domestic product to indicate real economic progress or development. Go Bhutan Tours will keep you updated about covid-19 protocols and travel advisory. We hope to see you soon on your wonderful Bhutan vacation packages.