Khamsum Yulley Namgyal Chorten, situated after a hike of 45′ from a small hill having a stunning prayer wheel, is an impressive site to visit because of the spectacular view of the surroundings that it offers. It has a very rich history as to why it was constructed and it is a pleasure to hear it from one of the local guides. Khamsum Yulley Namgyal Chorten is adorned with beautiful paintings of Sakyamuni, which makes this chorten one of the most must-watch Punakha attractions.

The Chorten or Stupa was built in the year 1990, by the Queen Mother, to ward off evil forces and help to bring peace to Bhutan and the whole world. The stupa overlooks the Punakha Valley is said to have the power to bring harmony and prosperity to all living things.
The Chorten was built in strict accordance with all the traditional teachings of Bhutan. The definite intention to bring peace and communal harmony in Bhutan and the world makes this place an essential part of Bhutanese culture. It can also be termed as a place of education or a monastic retreat to deliver spiritual peace, protection, and harmony. 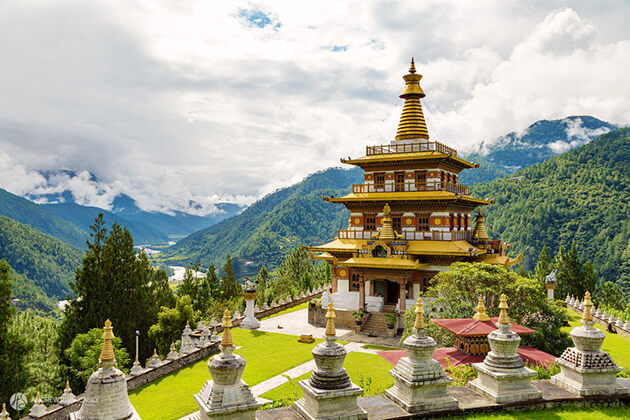 Khamsum Yulley Namgyal Chorten is gorgeous to look at, and a lot of effort went into building this one. It took 9 years to totally complete the construction of this Chorten as the Bhutanese craftsmen (which consists of painters, carpenters, and sculptors) consulted the various Holy Scriptures rather than normal engineering manuals for building this 3-story monastery in Punakha, Bhutan. 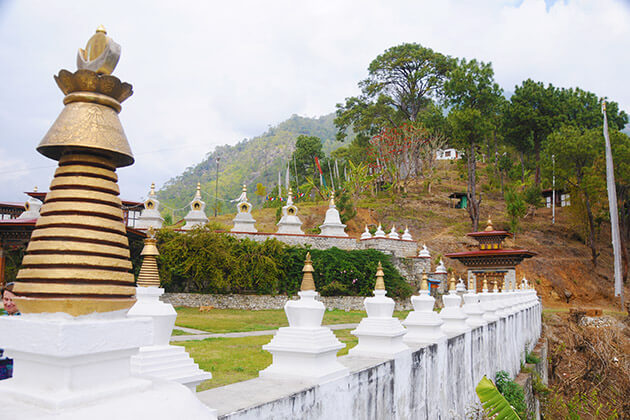 As the monastery is focused on the furious deities, which is a concept that might seem a little strange, the architecture of the place is largely influenced by this. The main room on the 1st floor of the monastery has a huge, 15 feet tall Vajrakilaya statue who is one amongst the 8 gods of Kagye.
Several other statues and shrines of such wrathful deities can also be found on the other two floors. Each one of them offers protection against all the evil forces in the world. And to balance these furious deities, there are a series of Yab-Yum figures (commonly known as father-mother symbols in the union that represents the union of compassion and wisdom) on the walls. 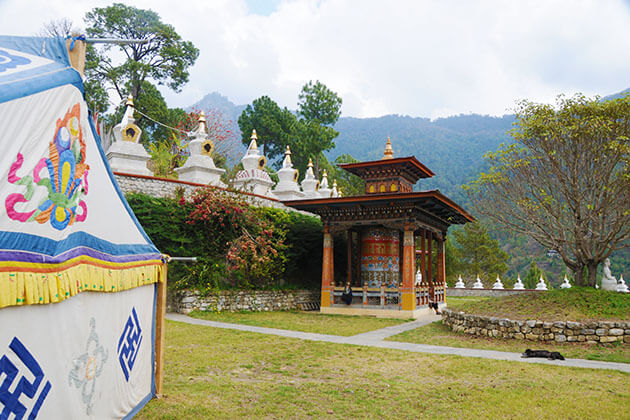 Finally, on the rooftop floor, there’s a golden statue of Sakyamuni Buddha in his most classic pose. The statue looks serene and is faced towards the south that surveys the magnificent view across the Punakha Valley. 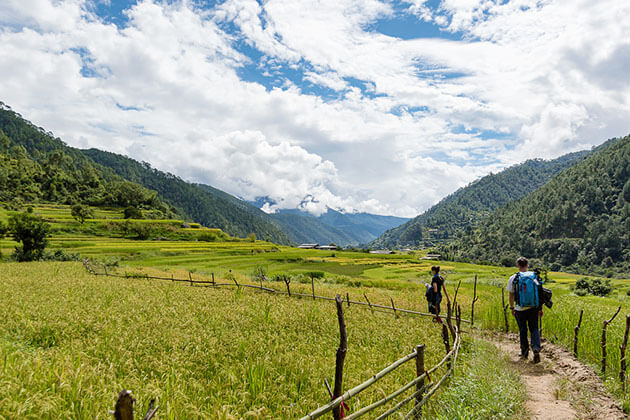 Hiking Trail: The trail takes you through picturesque green meadows, humongous mountain streams, and over the suspension bridge above the Mo Chhu River, to reach your destination. While returning from the Chorten, you can take up the optional route along the riverside, which follows the ancient trail through the village homes, farmlands and finally reach near Punakha.

This is all about Khamsum Yulley Namgyal Chorten – a wonderful attraction in Punakha Valley. Once enjoying an exhilarating Bhutan vacation, do not miss a chance to visit it.