Apart from Ngalop and Sharchop, the Lhotshampa ethnic group are one of the main ethnic group of Bhutan whose origin of Nepalese descent immigrated to Bhutan from the late 18th century. So far, the Lhotshampas have settled in Bhutan for up to five generations, they still maintained their Nepali language, customs, religion, and culture. If you are planning a trip to Bhutan, it is worth you to keep scrolling to the useful information below to fulfill your knowledge before getting ready to travel to the country.

According to the statistic in 1980, the Bhutan government estimated that the Lhotshampa group occupied 28% of the Bhutan population. However, as an unofficial statistic showed the number was much higher up to 40%.
Most Lhotshampas speak Nepali and learn Nepali at school as their first language. However, since there was a conflict between Nepali and Bhutanese, the Dzongkha has replaced Nepali at school as the main subject for people.

Like the vast majority of citizens in Bhutan, the Lhotshampas work in the agriculture sector focusing on planting and breeding cattle. Staple crops include lentils, rice, soybeans, and sugar cane. Farming cattle including buffalo, goats, and cows.

The family is the highest priority of the Lhtshampa people. Normally, a Lhotshampa family consists of 6 to 8 children. People remain their close-knit relationships with each other in their community. Hence, doors are always opened so neighbors are free to enter the other’s house. The old people play the role of commanding the deep respect of the youth. Within the family, they also set a certain rule for the daughter-in-law, as the traditional custom, the new bride should prepare the meals and take care of the mother-in-law by massaging her legs every evening. However, along with social development, the custom has faded with the transition of people to other places. 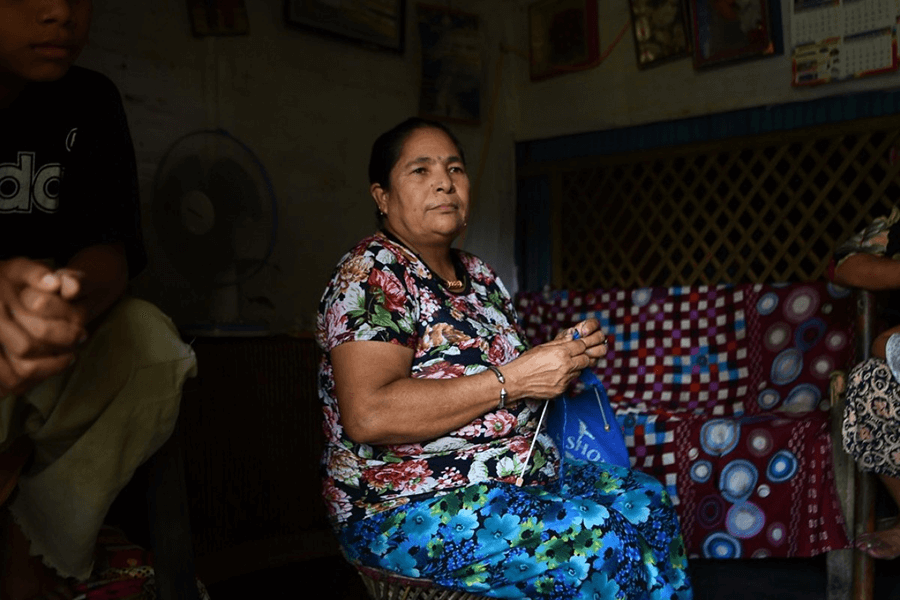