Tangchogang Lhakhang is a quaint monastery located across Paro – Thimphu highway with an overlook of the massive mountain and gurgling river stream; hence, it is no doubt that it has been one of famous Paro attractions so far. The Tangchogang Lhakhang was constructed to commemorate the memories of Thangtong Gyalpo’s successor and to date, that was run by his next successors. 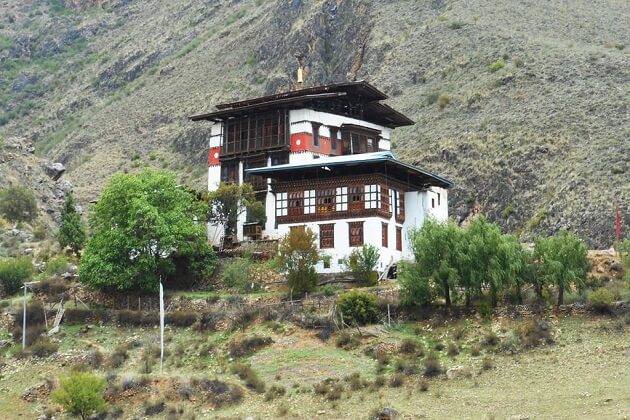 It is easy to recognize the iconic feature of this attraction as there is an iron bridge that is adorned with colorful fluttering prayer flags. Standing on the bridge, travelers can admire the stunning view surrounding and most importantly, the scenery overlooks the Pa Chhu will absolutely enthrall any visitor coming there. One suggestion is that you should enjoy the thrilling experience of walking across this old-aged bridge while indulging yourself in the surreal vista and the holy ambiance once in Tachogang Lhakhang.
The fact that there are several questions about this quaint Tangchogang Lhakhang and its iron bridge; therefore, I would like to list them below with an answer.

The History of Tachogang Lhakhang Bridge

According to some historical sources, the original Tachogang Lhakhang Bridge in Paro Valley was structured in 1400 by Thangtong Gylpo. However, in 1969, this iron bridge was dramatically destroyed by the high water. Fortunately, the Bhutanese were able to rescue several iron chains of the original Tachogang Lhakhang Bridge.
After the destructive event, a suspension bridge that we see today, have taken place of an iconic iron bridge.
In 2005, the third Bhutan King – King Jigme Singe Wangchuck demand requested to use the iron chains which remained after the destruction of the original bridge to restore it in its original form. 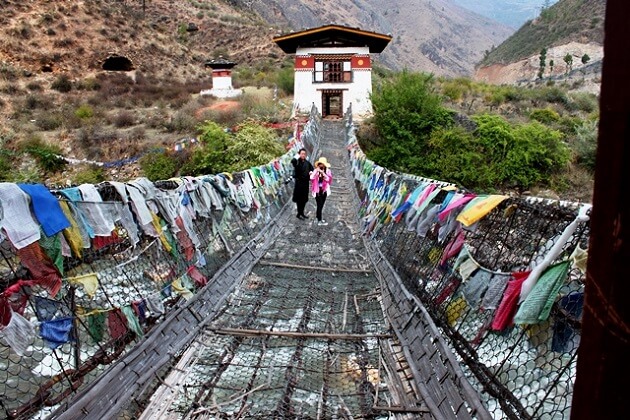 Who Constructed the Tachogang Lhakhang Bridge

Legend had it that the original version of the iron bridge we see, in this day and age, was built by saint Thangtong Gyalpo. All of the money he collected was spent on erecting the Tachogang Lhakhang Bridge by performing an opera.

Who was Saint Thangtong Gyalpo

According to the historical records, Thangtong Gyalpo was a poet, physician, architect, blacksmith, and then a revered saint from Tibet. It is said that there were around 108 iron bridges structured by him throughout his lifetime in which, the 8 ones in Bhutan have been still in use. 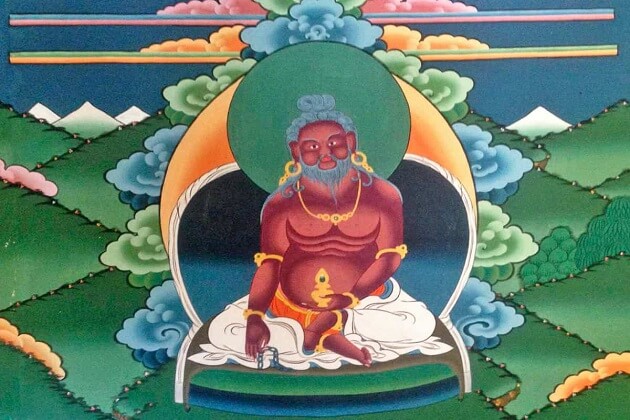 How to Reach Tachogang Lhakhang

While indulging in memorable Bhutan tours, you can visit such a monastery on foot or take a pretty drive to get there. Why do I say you can reach the Tachogang Lhakhang on foot? Simply because this attraction situated just 30 minutes away from the main town of Paro Valley and what if you take a drive? It only takes you 10 minutes to get there.