Greetings and etiquettes play an important role in the traditional custom and spiritual life of Bhutanese people. It represents the essence as well as the good behavior of the people through time. Whenever you plan for a trip to Bhutan, it is essential to master both to avoid misunderstanding and better interact with the local people in your Bhutan vacation. 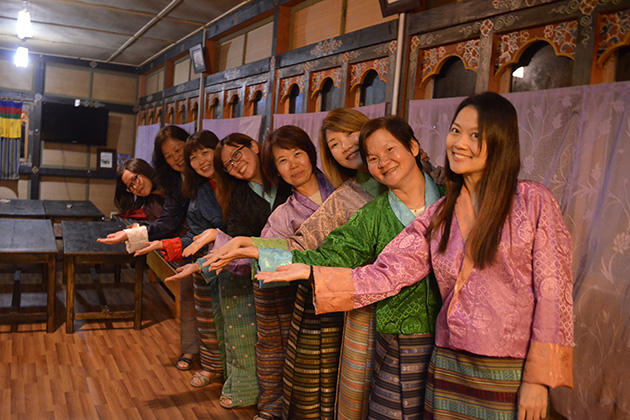 In order to have an insight into the Bhutanese greeting and etiquette, you should notice that Buddhism has a great significance to the country making the relationship closely and create the unique custom, lifestyle, and code of behavior. Keep scrolling to the helpful guide below to help you understand the people better as well as improve your communication when traveling to Bhutan.

Things Should Do & Should Not Do In Greeting

Bhutan, like other countries in Asia, maintains its community traditions by the deep Eastern culture with the special code of behaviors which is quite different from Western civilization. Moreover, the close relationship with Buddhism set up the basic rule of greetings in Bhutan for the locals. Upon Bhutan, you should consider that greetings in Bhutan are quite different compared to other countries as it is very uncommon to hug other people when greeting, especially a kiss between a man and a woman is totally avoided.

Normally, Bhutanese people greet others by a slight bow with opened hands to show respect. So far, handshaking has not been very common in Bhutanese tradition but it can be accepted as the norm of communication.

Among two dozen languages, Dzongkha is the national language of Bhutan which is spoken by over half of million people in this kingdom. Once you have learned about this new language, you will have more chance to approach closer to the people as well as the culture. Whenever you meet local people, say “Kuzu zangpo la” which means “hello” in Bhutan.

During the conversation, to show the respect, the Bhutanese often add “la” to the end of sentences. Afterward, they may say “Jen Pa Leg Sho” which means “Welcome”. Generally, it is able to say simple “Kuzuzangpo” to children and “Kuzuzangpo la” to the elderly people. Subsequently, below are some useful Bhutanese greeting words that you may use while traveling to the incredible country:

And, how to say  I love you in Bhutan? 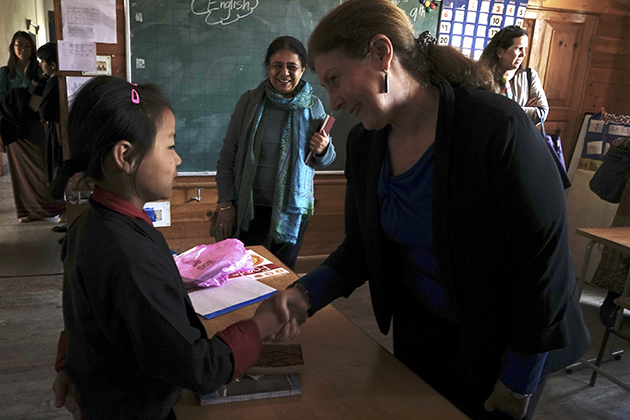 Traveling to this landlocked kingdom you will notice that Buddhism is practiced throughout the country setting up the unique customs and it is essential for tourists to follow some basic rules of Bhutanese customs when visiting the country:

The Dress Code of Bhutan

Bhutanese people follow the standard of Asia modesty. Upon Bhutan, both men and woman should avoid wearing revealing attire including shorts, crop tops, short skirts, and halter neck tops. Noticeably, nudity is completely not allowed. In contrast, the government expects visitors to dress neatly and modestly especially when you visit a Dzong or a temple. Normally, the local people love to see the tourist wearing the traditional dress of Bhutan including Gho or Kira and they are always pleased to help you buy this unique clothing. 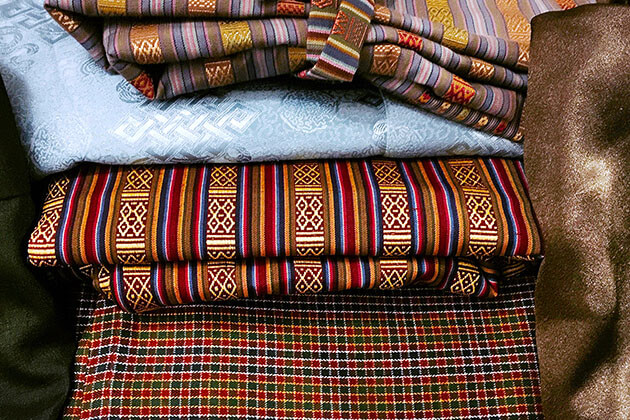 When enjoying a meal together, you should wait for everyone to be served before starting to enjoy it. If you are invited into the local’s house for a meal, sometimes the host will ask you politely to start eating first before he eating as the Bhutanese etiquette to serve the guest first. During enjoying your meal, you are expected to eat with closed mouth and not make noise while eating especially not to talk with a mouth full of food. 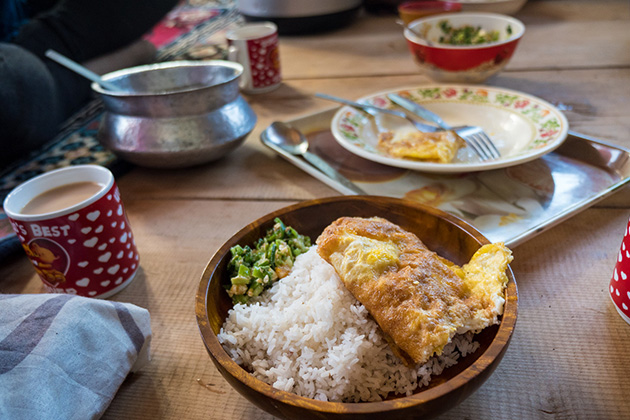 Personal space is a significant part of each Bhutanese person. Consequently, you should never touch the crowing of a person’s head because it is considered a special part of the body. Besides, do not use your finger to point to others, especially religious objects, you should open your hand with the palm up instead. Moreover, you should use your both hands to give or receive an object. While wandering along the stream or lake, please keep in mind that do not swim or throw any stones into them because each object in Bhutan is also considered enshrined and sacred. 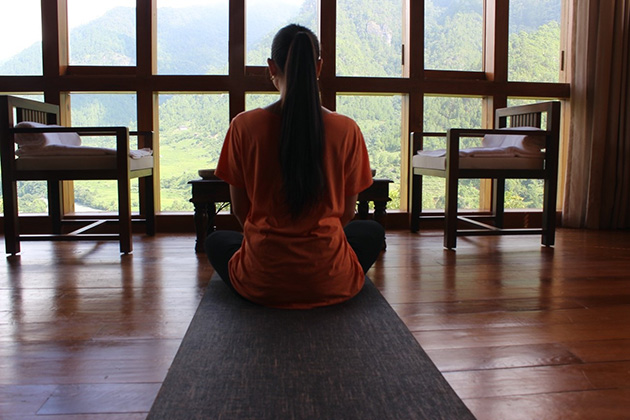 Visiting a Dzong or Temple

Bhutan is home to myriads of Dzongs and old temples shrouded in mythology and magical making visit to these sacred destinations one of the best things to do and see in Bhutan. Whenever you entering a Dzong or a temple, remember to take off your shoes, hat, and sunglasses before coming inside. Additionally, speak softly and keep moving in a clockwise direction when sightseeing around the temple for the sanctity as well as bless for the good luck. 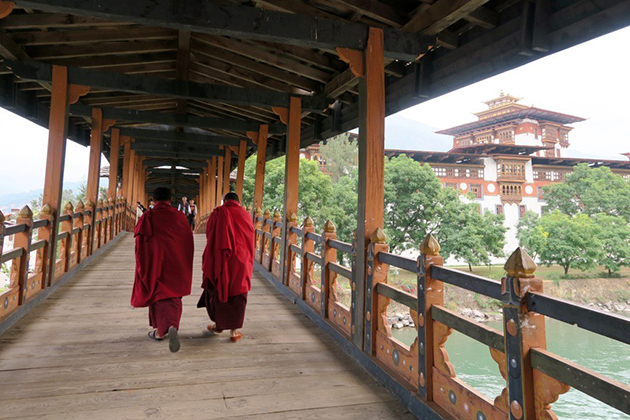 You should notice that it is not allowed to pick up any stones and throw it into anywhere or take it with you because it is considered a disrespect to the sacred land. Taking photos is acceptable in the courtyard but it is not permitted inside the temple. It is customary for people to leave a small of money on the alter when approaching the center of the temple. When you do this, a monk may pour you with a small amount of holy water into your hands and you should drink or make the gesture of drinking it then spread the rest of water to your head from front to back.

Tipping is not compulsory in Bhutan as all hotels and restaurants bills include service charges of 20%; however, if you still want to add more further, you can do. Besides these places, the tipping of your guide, your trek crew, and your driver is all about a personal matter. I suggest that you should tip your guide $10, your driver $6, and your trek staff $8 per day.

However, this is just a tipping etiquette guide that I want to tell you. You are free to make your own decision to give whatever you feel appropriate. 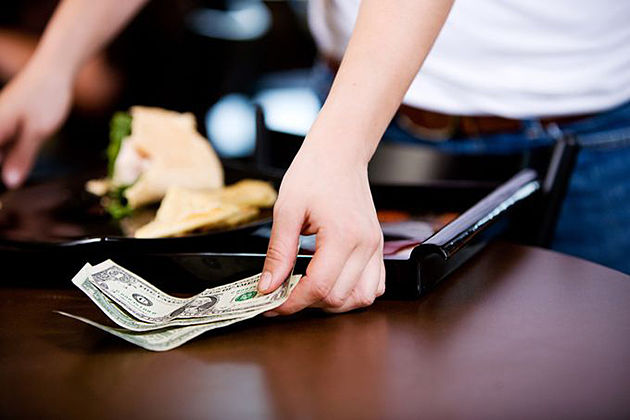